ERIC CLAPTON – Standing at the crossroads

Eric Clapton, as you can clearly see from his role models, is influenced by the blues. Although he achieved commercial success mainly with rock and pop songs, the blues is ubiquitous in his guitar playing. In particular, bendings in combination with his special finger vibrato, repeating patterns and melodiously constructed solos are his trademarks.

His main guitars have been Fender® Stratocaster guitars since 1970.
Before this time he mainly played electric guitars by Gibson® (Les Paul, ES-335, SG).
Clapton’s acoustic guitars are mostly from Martin®. “Mr. Slowhand” has played many different models of amplifiers throughout his long career.
Especially from manufacturers such as Marshall®, Music Man® and Fender®. The “Bluesbreaker” combo amp from Marshall®.B is famous. On stage, he can usually be seen in recent years with Fender® amps (Twin, etc.). 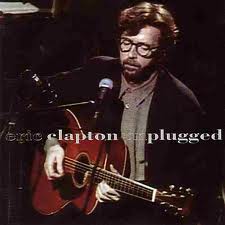 Grammy Awards: 18 awards
Rock & Roll Hall of Fame: So far the only musician to have been inducted into the “Hall of Fame of Rock” three times – as a member of the Yardbirds and Cream as well as as a solo artist.

EC under its own name:

Clapton’s own memoirs are published in 2007
and become a great international success.